Villa Corsini a Mezzomonte was built in the Middle Ages and therefore has a unique history. It is one of the last Medici residences that is still privately owned. Following the requests of the owner, Prince Giovan Carlo de’ Medici, one of the most renowned members of the historic Florentine family, the villa is decorated and frescoed between 1630 and 1634. Initially, Villa Corsini a Mezzomonte was bought by Lorenzo the Magnificent in 1480.

Immersed in the center of the estate, it is surrounded by its vineyards and olive groves in the enchanting landscape of the Florentine countryside.

Villa Corsini became property of the Corsini family in 1644. Located in Impruneta, just 7km from Florence’s city center, Villa Corsini a Mezzomonte offers its guests a unique view on the Chianti hills. There is immense beauty in its inner halls with frescoes that praise rural deities and the heroism of female figures. 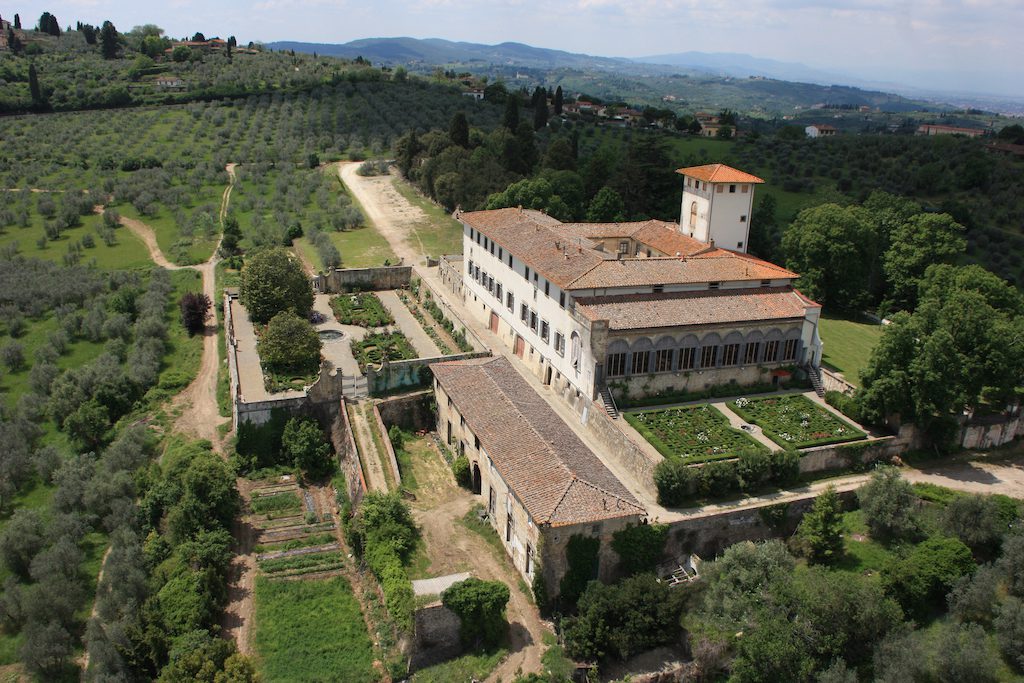 Full of history and beauty, Villa Corsini a Mezzomonte is an ideal choice to immerse guests in the beauty of the Chianti countryside. A great example of 16th century architecture, the Villa is the result of five centuries of changes and renovations. Founded by the Buondelmonti family around the 11th century, it was the Panciatichi family who gave it its current structure and in 1630 to 1644 it became the place where Prince Giovan Carlo de’ Medici hosted events. Villa Corsini a Mezzomonte started being called a “Palazzo di Campagna” as of 1630 because of the banquets and celebrations hosted by Prince Giovan Carlo de’ Medici.

In 1644, the Villa was bought by the Corsini family who started a renovation projected that culminated in 1714 with the creation of a monumental hanging garden. After that came the construction of the lemon houses, then in 1861 a new entrance driveway was built, along with the beautiful English Garden. 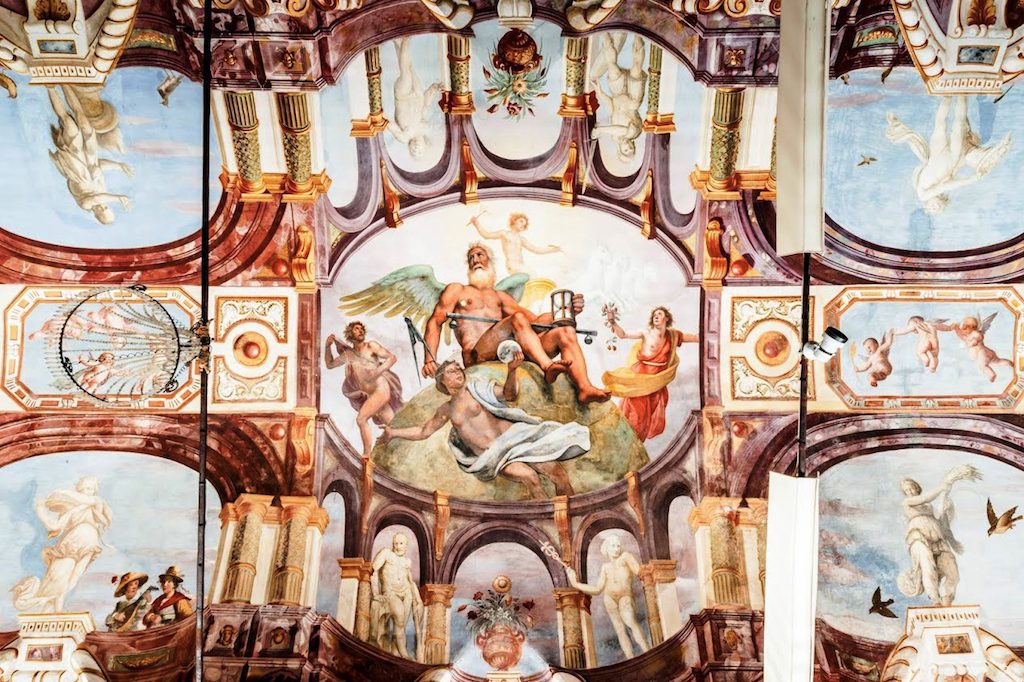 A Villa for events where you can sense its immense history and art: Villa Corsini is this and so much more. The young Prince Giovan Carlo de’ Medici called upon the most important fresco painters of the time such as Bacio Del Bianco, Angelo Michele Colonna, Pandolfo Sacchi, Domenico Crespi (also known as Passignano Giovanni da San Giovanni) along with Francesco Albani. These last two artists even undertook a competition at Villa Corsini a Mezzomonte to be chosen to paint the fresco of Palazzo Pitti’s Hall of Apollo.

The guests of Villa Corsini find halls of immense cultural value surrounded by incredible pictorial decorations such as the depictions of the famous stories of Apuleius, Torquato Tasso, Ludovico Ariosto and other playful countryside imagery. 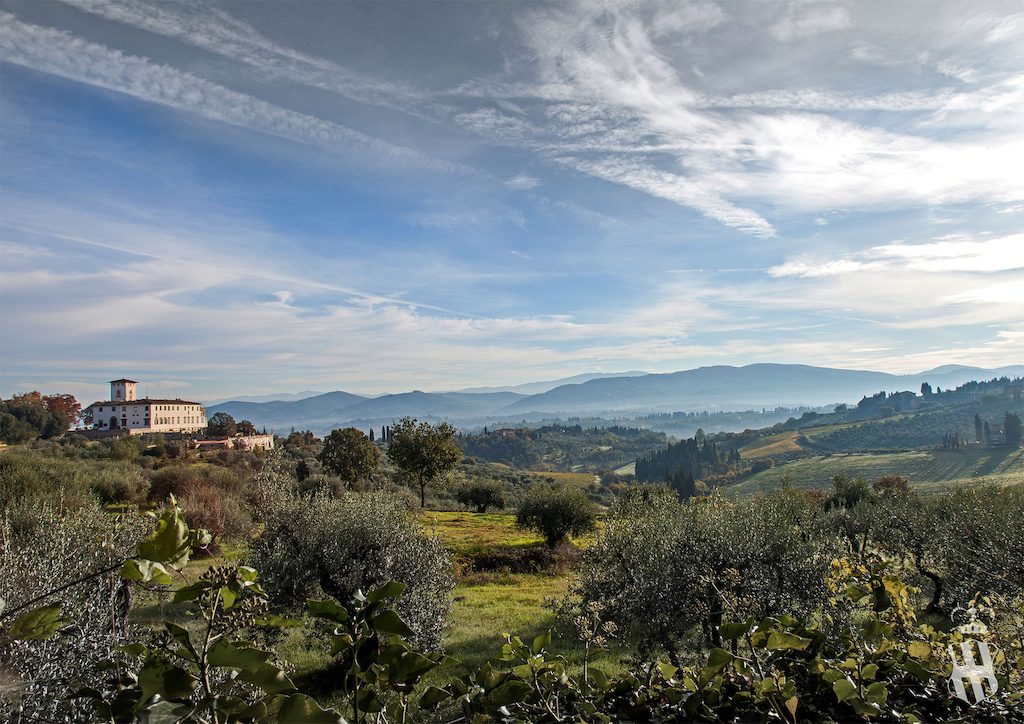 Villa Corsini, located in the Municipality of Impruneta, is a place where history, art and nature meet. It offers the ideal space for events with that special Made in Italy essence. The proximity to Florence makes it easy to take advantage of all the services of the city, while its location in the Chianti countryside naturally brings about the lifestyle and rhythms typical of the “locus amenus”.

In fact, the Villa is located on the only hill that offers a unique view: from Mugello to Chianti, overlooking the Val d’Arno and Pratomagno countryside.

The Corsini family has one of the oldest genealogical trees in Europe: almost 1,000 years of history during which the family represented Florence and Tuscany in the most important European political settings. For about nine centuries, the Florentine family had numerous “gonfalonieri”, senators and notaries of the Grand Ducato of Tuscany.

Beyond that, the Corsini also managed the Medici banks in London and played a key role in the creation of these, along with insurance companies. The family also gave numerous contributions to the Church of Rome and several members became cardinals. The Corsini also had one famous Pope, Clemente XII, founder of the Capitoline Museums and commissioner of Trevi Fountain, a Blessed member of the family and also a Saint, Andrea Corsini, who was a member of the Carmelite Order, bishop of Fiesole and representative of the papal state in Bologna.

Even today, the Corsini are one of the most important Italian noble families. 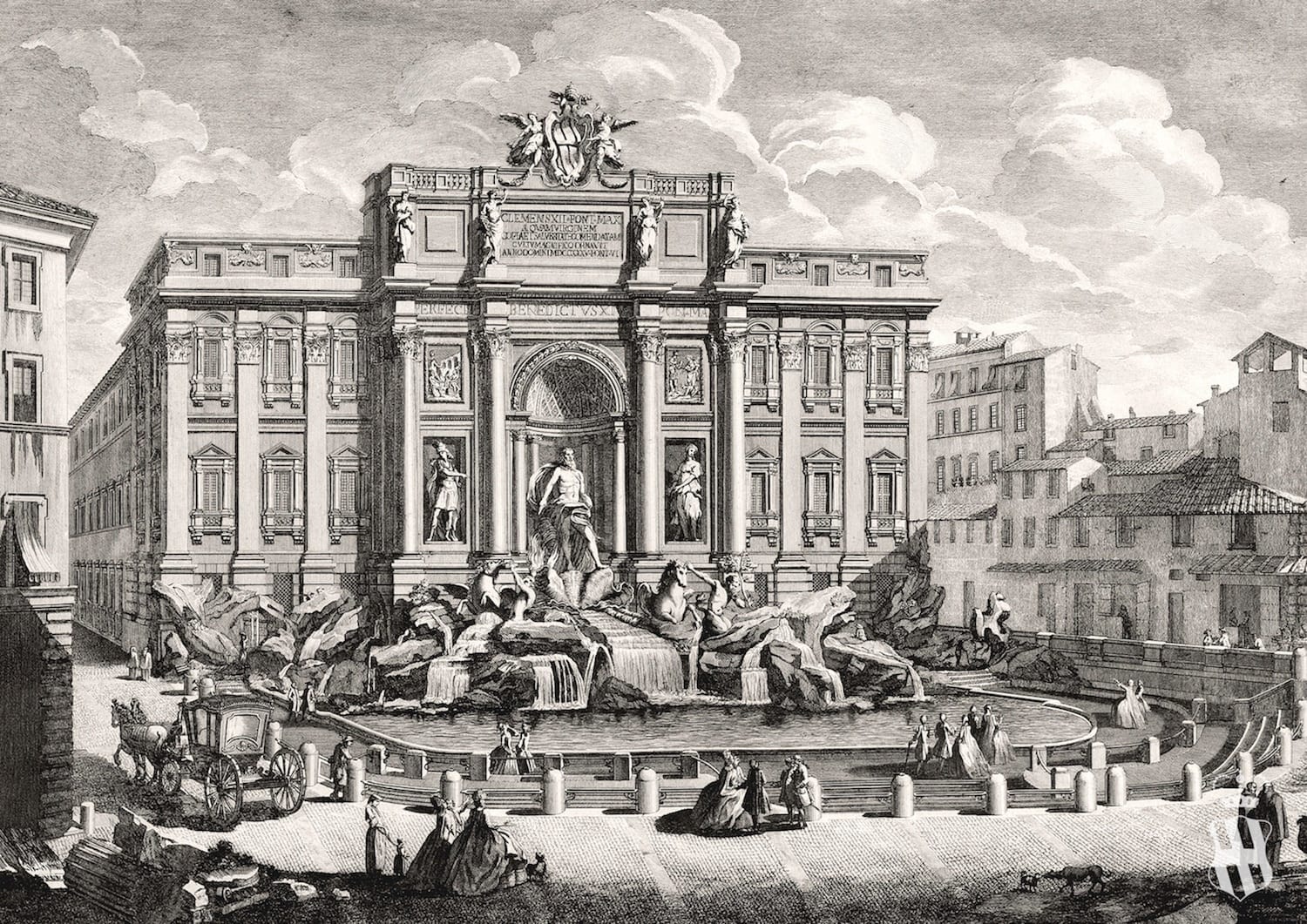 The Corsini and the Villa

The family not only expanded the gardens and built a farm, but over the years also added an oil mill around the Villa and the area of Impruneta.

The Corsini family took this decision because they wanted the Villa to maintain a strong link with the territory and its inhabitants, something that is still maintained and strengthened today with the activities carried out by the young descendants. 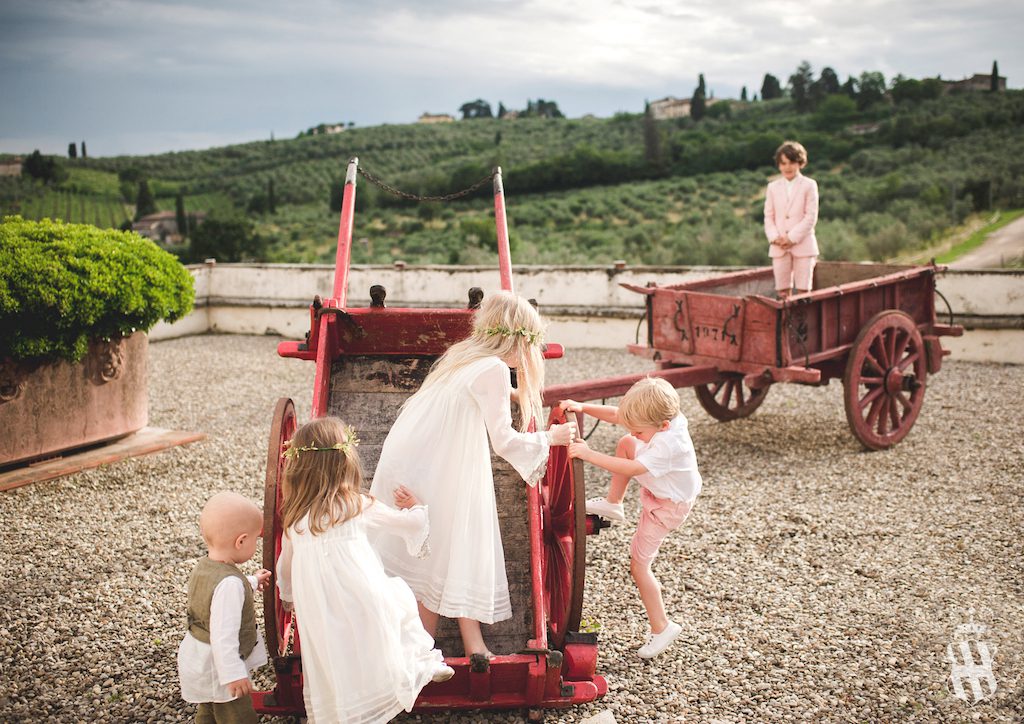 Although Villa Corsini a Mezzomonte started hosting events as early as 1966, it was in 1995 that the Corsini family moved permanently to the Villa, choosing the location as their main home. The aim was to rebuild a strong bond with the land, with the place, to redevelop an entire area and therefore be able to give new strength not only to its own endeavors, but also to the Municipality of Impruneta.

Giovanni Corsini began the restructuring process in the 2000s, with the desire to reclaim the purpose for which the Villa had been created: to host memorable events. This mission is now pursued with passion and professionalism by two of his sons, who continue the work started by their parents.

From 2017, an important series of renovations began again, aimed at maintaining and transmitting all the historical, artistic, and cultural heritage of Villa Corsini. 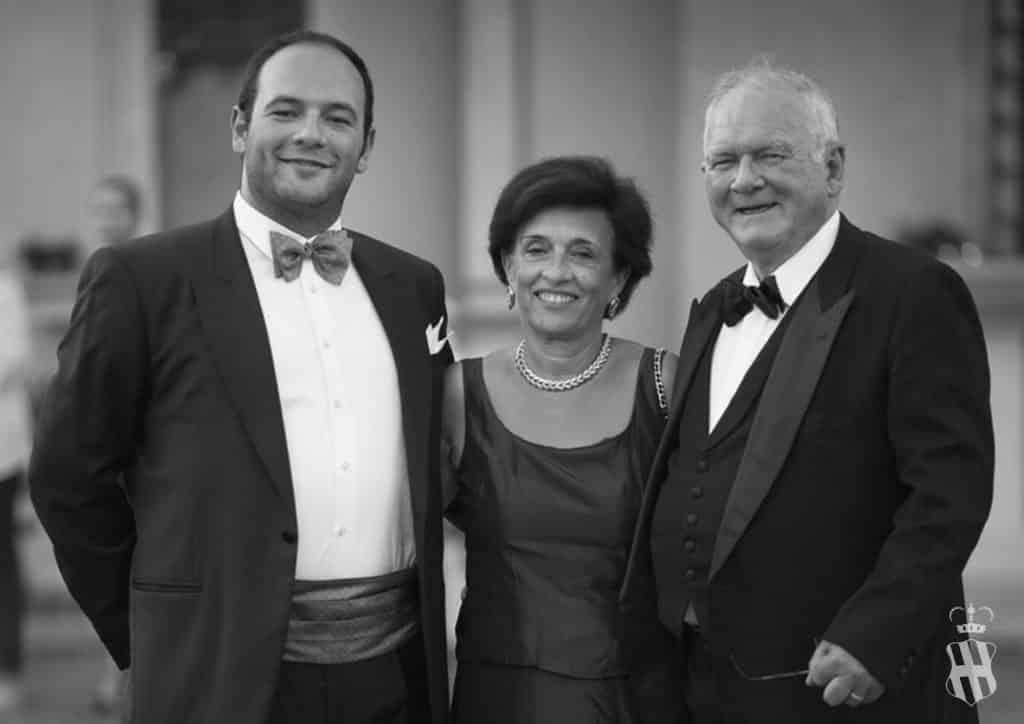 Request an appointment with our planners to get information and start organizing your event.
Get in touch with us by email or phone, our staff will answer all your questions. 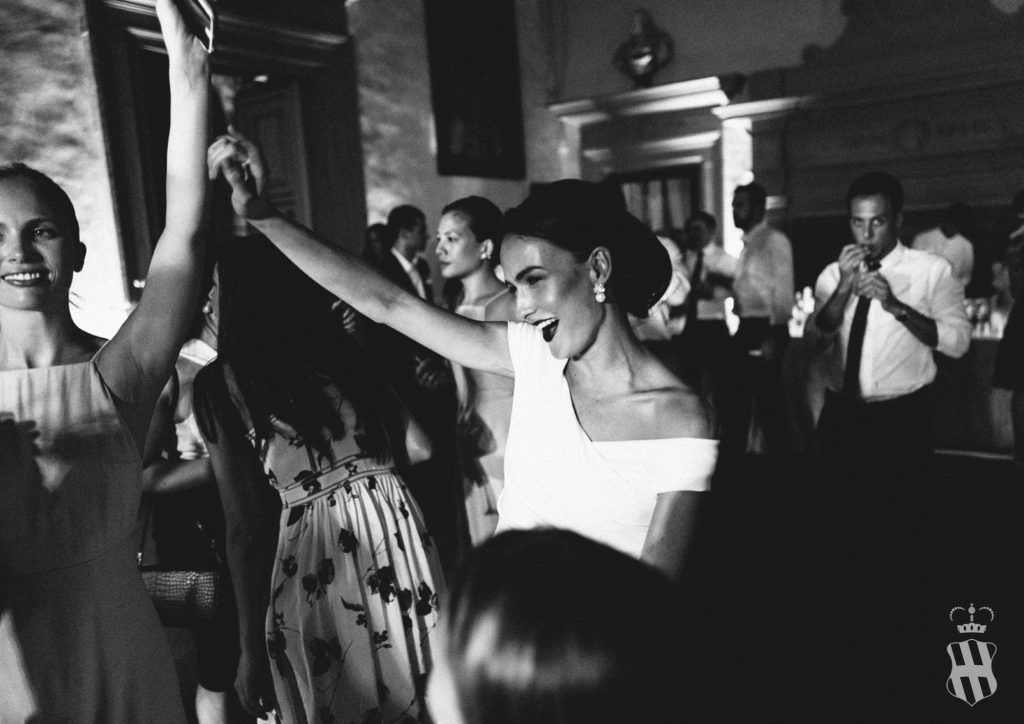 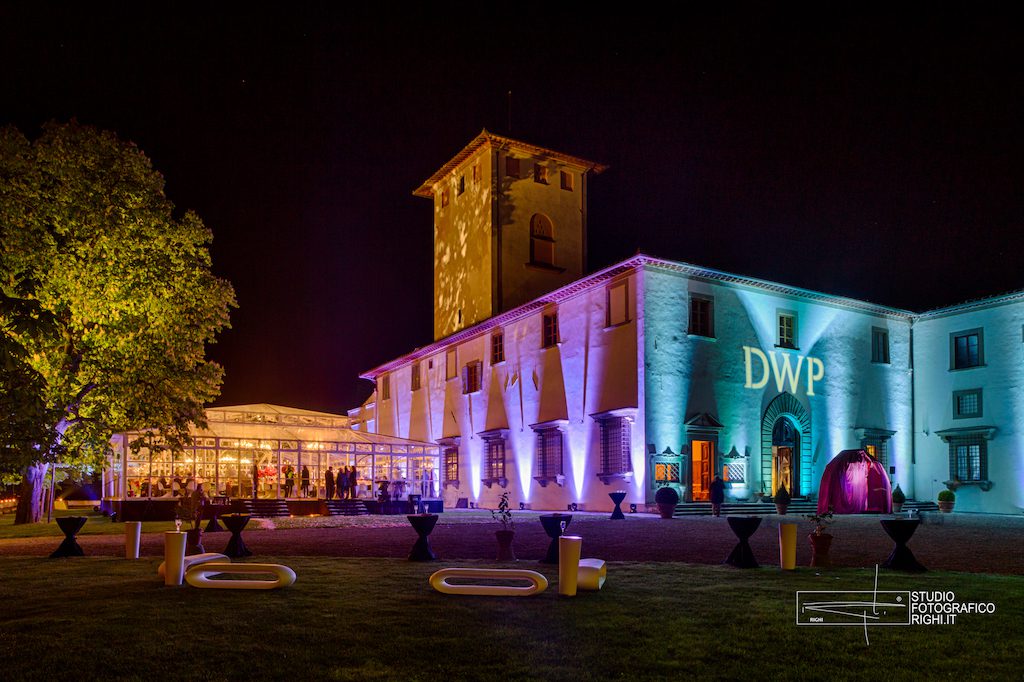 Download and browse the presentations of our services. You will find all the information you need to get to know us and start organizing your event with us!